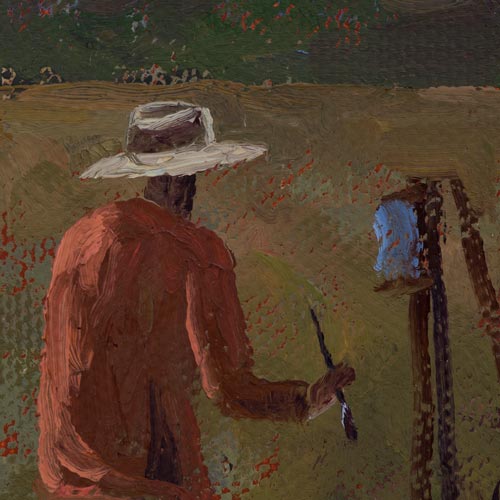 This prolific international Scottish Artist has won numerous prizes, both overseas and in Australia for his impressive landscapes and is one of Scotland’s best-known painters. These include first prize, The James Farrell Self-portrait Prize, 2005 at Castlemaine Art Gallery, and first prize for the Noble Grossart Scottish Painting Prize in 1998. He has major works in many prestigious collections including, The Scottish National Galleries Collection and The Royal Collection, HM The Queen. He also has several works in Castlemaine Art Museum’s collection.

Robert initially arrived in Australia in 1994 after winning a Menzies Fellowship, painting at The Dunmoochin Foundation Studio.

Since 2000, he has made his home and studio in Castlemaine after gaining residency with a Distinguished Talent Visa. He regularly returns to Scotland / Europe for exhibition commitments.

Prior to the Pandemic, Robert had been working back in Scotland for four years, where he won an Artist’s Residency at Höherweg Studios for 2 months in Düsseldorf, Germany,  as well as producing 3 large successful solo shows held in Edinburgh, Düsseldorf, and London.

Over the past two Covid constrained years, Robert’s focus has been close to home. Painting directly in the bush around Castlemaine, the result is a huge body of intimate Plein air paintings, that are now packed into his studio.

The product of this hard work is an exhibition to be held by Gippsland Art Gallery, Sale in 2023, and also a solo show at Cascade Art, Maldon programmed for Their Castlemaine State Festival Exhibition in 2023.

Maclaurin exhibits with gallery representation in London and Edinburgh. He has had numerous solo shows in Melbourne, including Niagara Galleries and Australian Galleries.

“You feel Maclaurin’s engagement with the earth, his feeling for its fragile, living surface. These paintings are as all true landscape should be; images of the real world, but metaphoric, lit by memory and enlarged by imagination, by sympathy and so ultimately by awe at the grandeur of what the Artist has experienced.”  Prof. Duncan Macmillan ( author, critic, and the leading authority on Scottish Art ) 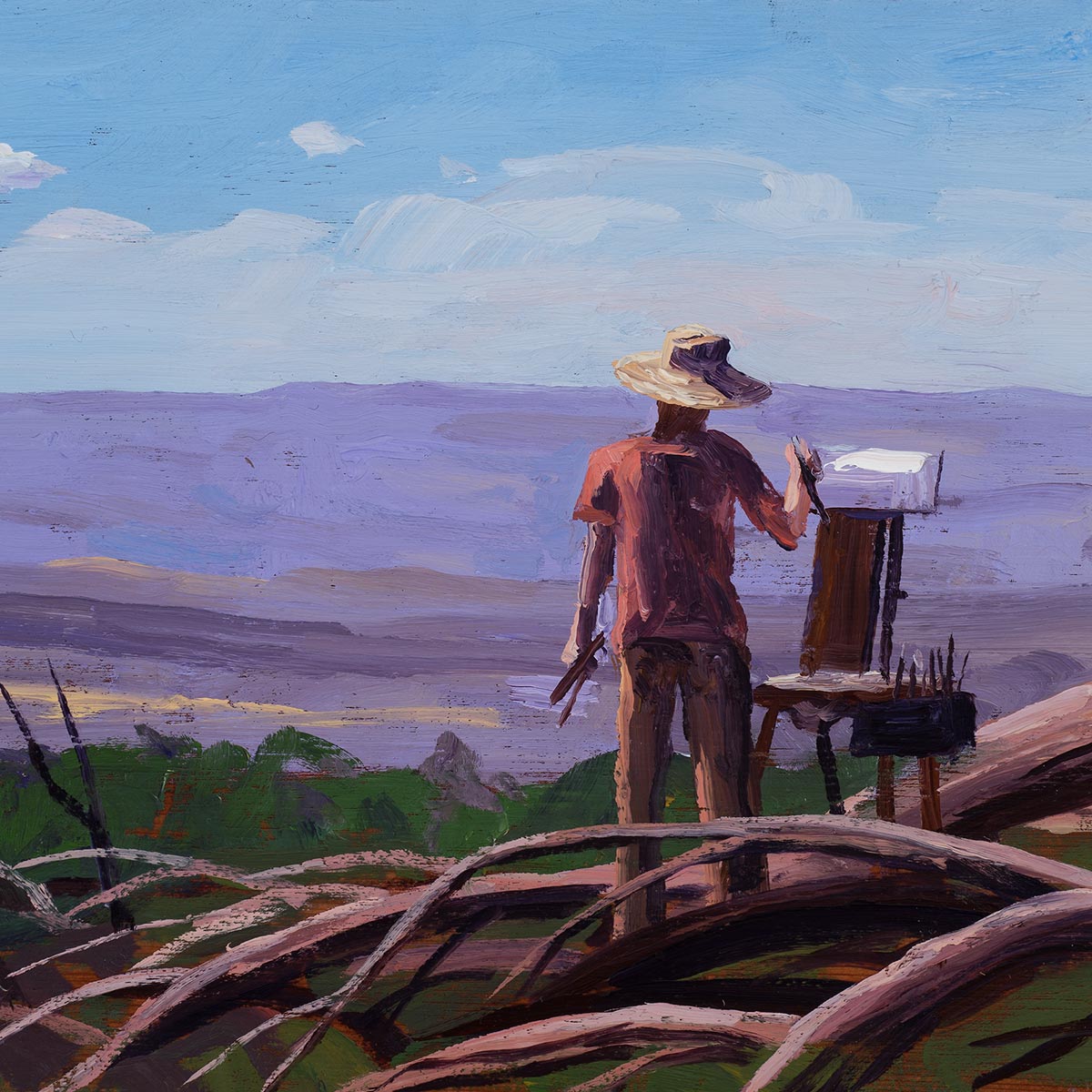