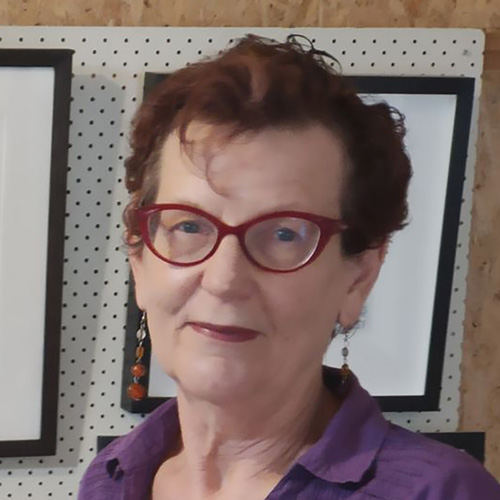 Penny Peckham has long been torn between art and literature, between making, drawing, and reading; making art and writing about it. These days she works primarily as a printmaker, and with a background in Art History, much of her work has been related to her areas of research, particularly art by or relating to women. She became particularly interested in art that relates to traditional female handcrafts and around 2003 began making a series of linocut prints based upon garments she had knitted. Her reading of feminist art history and theory was also the catalyst for a series of works relating to the female nude in art. Text has been an important element of much of her work – a reflection of her interest in literature, which also finds an outlet in the making of artist books.

Recent interests include those powerfully symbolic stories that have been continually interpreted and re-interpreted by artists, writers, musicians, and filmmakers through the ages until today; stories such as the Tower of Babel, the Ship of Fools, the Tree of Life, and the Trojan Horse. A great reader, with a particular interest in biographies of female writers and artists, the 2013 film Camille Claude 1915 had a great impact.

Overseas travel in recent years has provided inspiration – Japanese gardens and temples, Greek architecture, Ottoman-influenced tiling in Southern Spain, and cats spotted in various locations have all found their way into her work.

Her preferred medium is the linocut, but rather than produce a large edition of a single image, she has throughout her career frequently played with printmaking processes, producing several series of unique works by printing a small number of related plates in different combinations, colours, and on different papers. During the past two years, there has been a shift in this, whereby she has printed a small edition of a particular image, worked more upon the plate, printed again and so on, producing small editions of various states of a plate. Her recent subject matter has, unsurprisingly, focused upon the domestic and garden, teapots, and the vegetable garden.

Recently, she has explored the many possibilities of printing with a gel plate, making colourful, layered images using hand-cut paper stencils and plant materials, some embellished with stitching, piercing, or collaged elements. The papers created are also used in collages and her artist books.
Highlights for visitors to her studio over the past few years have been her demonstration of this simple, addictive technique, and the eclectic range of book forms used to make her artist books, from simple pamphlets, concertina, and drum leaf bindings and Coptic bound books.
She has had several solo and duo exhibitions and her work has been selected in prize exhibitions including The Silk Cut Award for Linocut Prints and the Manly Artists Book Award. 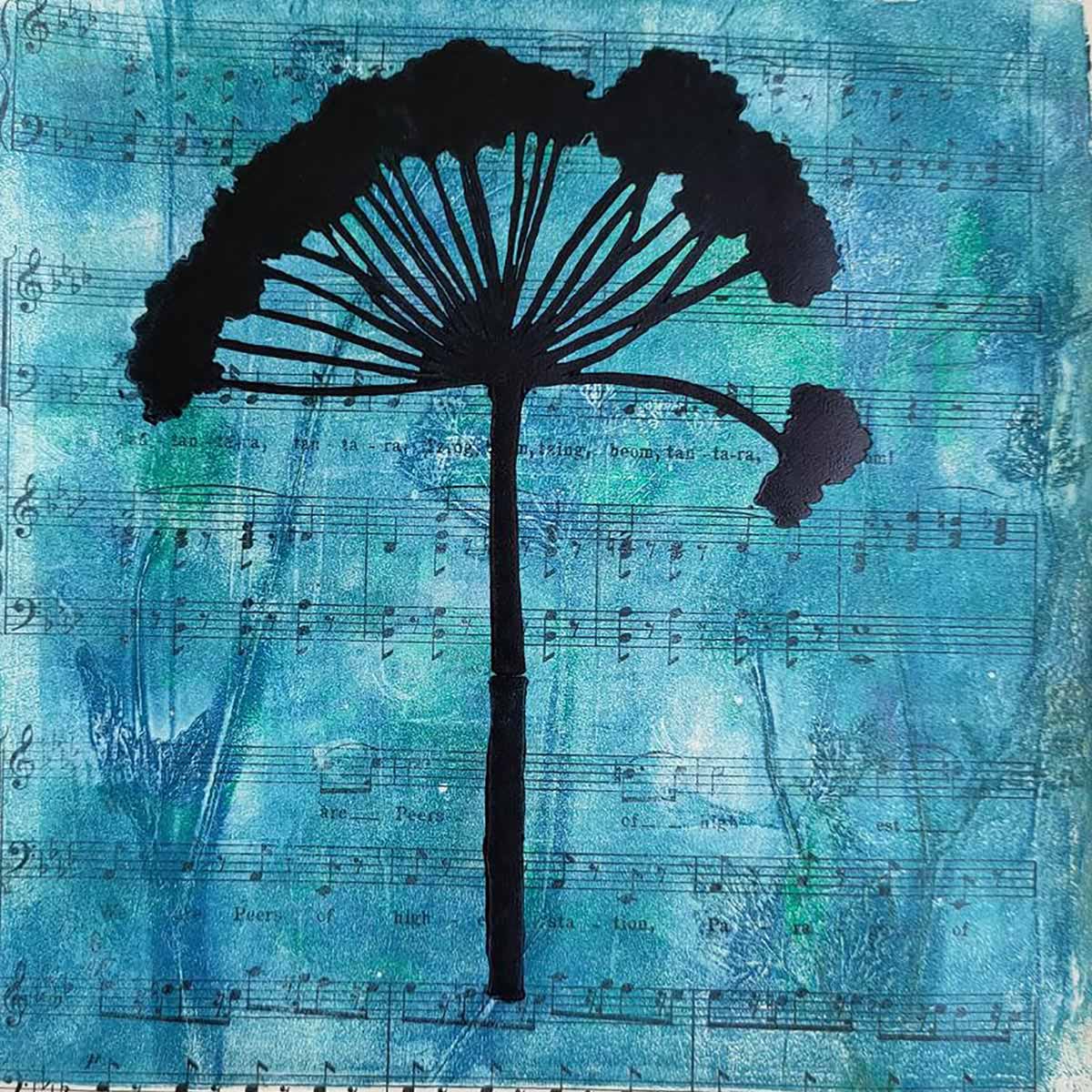