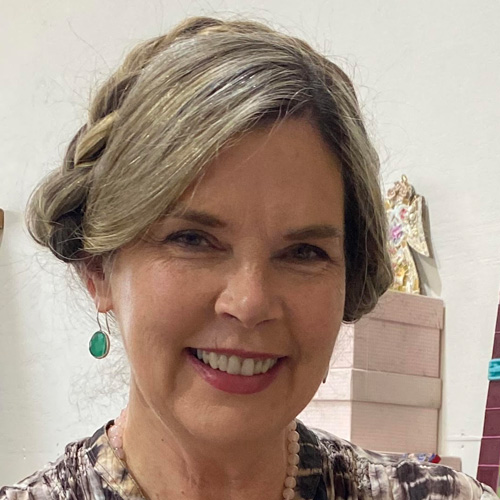 “ Art enables us to find ourselves and lose ourselves at the same time” Thomas Merton.

Kirsten Asche is a modern artisan practicing from her gorgeous bespoke studio at The Mill in Castlemaine. Her path towards her current practice has been through various forms of study and mentoring, interwoven with other pursuits, and honed by many years of saturation in visual observation and response.

Born into a family of Nordic and Germanic roots she references a fantasy landscape that has a mystical and otherworld quality. Steeped in story and the folkloric traditions of Europe and also her own exploration of Eastern spiritual traditions; her visual language now embraces rich textural patterning and layered colour ways.

Containing echoes of the past, her work yet displays a strong link to the genesis of the “New Artisans,” including an eclectic mix of materials and mixed media- giving it a “fresh traditionalism.”

Mosaic is her current focus, using glass tiles, recycled crockery, and beads as well as semiprecious stones, creating rich patterns and story from these fragments.

Her themes are often mystical, using sacred symbols, imagery of nature, flowers blossoming signifying growth and transition. Her thematic image of the universal divine rose has been depicted throughout history in many faiths and traditions.

She explains “The very process of making mosaic involves a repetitive action in its creation. It requires a slowing down which becomes meditative – like a mantra in motion. In this way, the work that follows has a connection with Source.”

It is this connection with the spiritual concept of ‘Source’ that is Kirsten’s central concern and thus her works have the goal ‘to share this with the viewer, a desire to uplift and to transport’. The meeting place of human feeling and the spiritual is evoked.
Returning from India a few years ago she noticed how clinical and devoid of “Spirit” our society seemed in contrast. In response to this she created a series of altars that are unique and personal and not connected to dogmatic themes or imagery, they encourage space for reflection and creation of intention, connection to a core we have become disconnected to in the rush of modern western life.
More recently she has worked with sacred symbols such as crosses and hearts which combines tradition in a non-conventional way.
A new direction is mosaic landscapes which have a naïve quality and a sense of being in an “otherworld.” They are based on sketches and inspiration from her artistic sojourns to NYC, Italy France, Spain, and more recently Japan.

Visiting sites such as the lake at Neme that the Ancients called “Diana’s mirror,” Cezanne’s garden and mountain scene, as well as Gaudi’s mosaics in Barcelona, have all been an influence.
She allows the imagery and influences from various cultures to enhance that space of heritage and tradition already inherent in previous work.

More recently she has produced a range “Speaking with flowers” and another “Language of Love “ series of illuminated letters which are available on fine quality rag paper as fine art prints and greeting cards.

Workshop bookings can also be made on Event Brite. 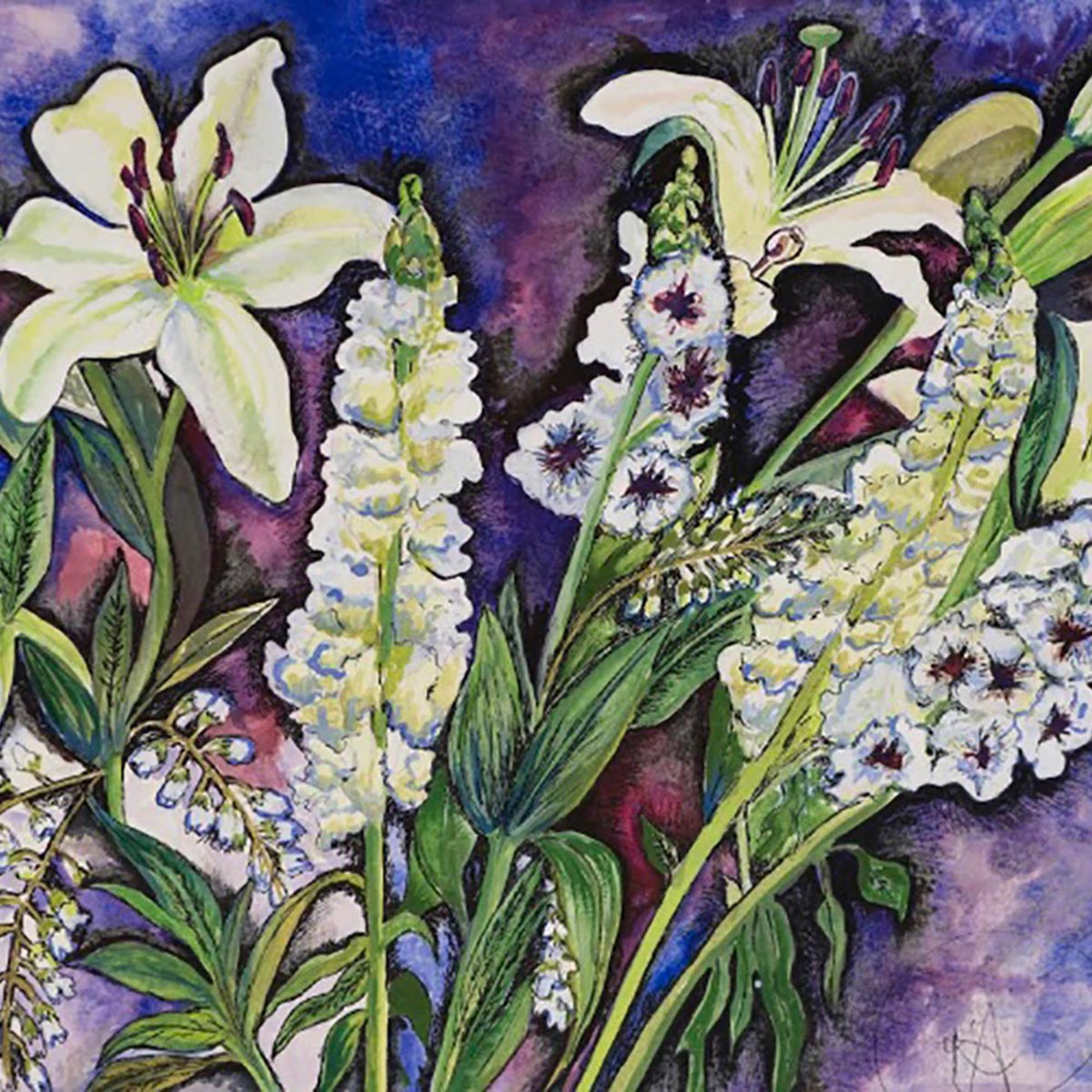